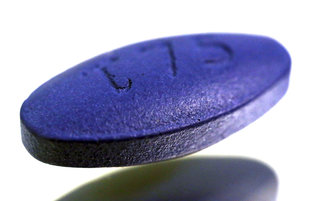 Alzheimer’s is a chronic disease which starts slowly but turns swear gradually. Usually, it

is common in the patients with Dementia. Dementia is a broad category of brain disease

cause decrease in ability to think, while Huntington’s disease is inherited a progressive

Usually, 60% to 70% of Dementia cases face Alzheimer’s. The most common early

others are forgetting names of friends or family and confusion in situations. With the

facing this disease often withdraw from family as well as society. Eventually, bodily

functions are lost, ultimately results in the death of the patient. It is a very severe problem

The researchers recruited 850+ patients from almost 16 countries. These patients were

their urine couldn’t change and they wouldn’t suspect that they were part of the research.

Unfortunately, the drug failed. Almost 85% of patients who took LMTX showed no

improvement in symptoms. But according to TauRx rest of the 15% patients who took this

drug showed no decrease in cognitive skills. This means for these patients Alzheimer

stopped progressing during the trial period.

Claude Wischik, a founder and the chief executive of TauRx, spoke from Toronto at the

Alzheimer’s Association International Conference that, there were highly significant

unprecedented compared as compared with anyone else said by CEO.

Many biochemical tests have been developed to diagnose condition before

or practical relationship can be found. Although LMTX fails to cure this disease but still it

can stop the symptoms of Alzheimer by 80 per cent. Whether LMTX works or not, It is

clear that pharmaceutical companies and scientists will keep trying. TauRx has completed

2 Phase 3 clinical trials of LMTX in Alzheimer’s. An abstract from the 1st of its two phase

Toronto, on 27th July 2016.Results are predictable to be available in August.

By recent survey, it is revealed that Alzheimer is affecting US economy by $200 billion

annually. An effective treatment can save many lives and money